The role of 3D printing in the creation of architectural models

The latest technologies on the market allow reproducing absolutely unique details in a faithful manner, even in the architectural field where the vast processes can be largely simplified. Nowadays, architecture combined with the latest technological inventions plays an extremely important role, because the two associations allow creating absolutely impressive architectural models, which serve on a large scale for numerous creation processes and much more extensive analysis.

Most of us already know how many uses these models can have beyond the final result, but also the numerous benefits that come with such a creative process. In order for the final result to be an imposing architectural model, with numerous details and an increased attention to their reproduction, special software is needed, but also different devices that can be operated manually and especially automatically. 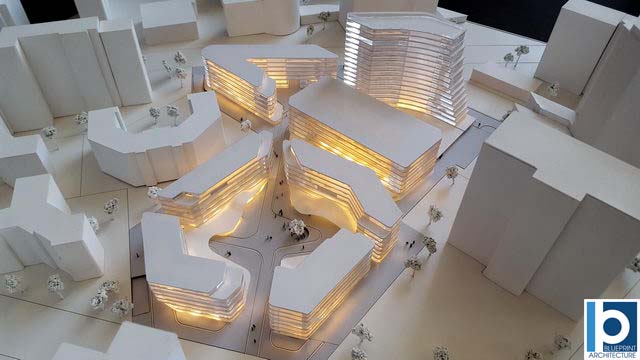 Nowadays’ models are made in three-dimensional or 3D, successfully replacing 2D projects which only took on a slightly similar outline to reality. Thus, the modern architectural models faithfully reproduce several elements from the structure of a construction plan, an urban plan, etc. in all fields of activity. Therefore, we consider that it is very important both for architects and for those who want to use such models in order to facilitate projects, to know precisely the role of 3D printing in the production of architectural models.

An architectural model is often considered a 3D physical artifact, due to its absolutely perfect reproduction and the appropriate framing in space and time. Based on a well-defined plan or a sketch, professional architects use specialized software and mathematical formulas in order to reproduce on a scale the desired architectural model.

With a little study, the use of this software is intuitive and simple for those who have an IT and scientific basis, ultimately leading to the creation of parts in “space”, i.e. parts that can be seen in their real form from any angle. Specialized programs also allow joining the parts for an overview of a finished result, where mathematical formulas and IT commands take the form of drawings, geometric shapes, elements from different building materials.

Most architectural model designers later use state-of-the-art laser mechanisms that cut out a series of materials or engrave them according to predefined orders, but often use specialized 3D printers to turn the sketch into a finished and real model. This is how architectural models are born, with the help of which we can preview a project before the construction phase, anticipating those errors that in the final phase can lead to losing money.

Given the precision of 3D printing, programmers and architects can fully express their creative freedom, always bringing several improvements or changes to the project, at an extremely low cost. 3D printing also facilitates the development of stimulating processes in which, for example, the connection with the surrounding elements, the interaction between them can be checked, analyzes can be made regarding the working materials and the impact / influence on the design in reality.

This website uses cookies to improve your experience while you navigate through the website. Out of these, the cookies that are categorized as necessary are stored on your browser as they are essential for the working of basic functionalities of the website. We also use third-party cookies that help us analyze and understand how you use this website. These cookies will be stored in your browser only with your consent. You also have the option to opt-out of these cookies. But opting out of some of these cookies may affect your browsing experience.
Necessary Always Enabled

Any cookies that may not be particularly necessary for the website to function and is used specifically to collect user personal data via analytics, ads, other embedded contents are termed as non-necessary cookies. It is mandatory to procure user consent prior to running these cookies on your website.